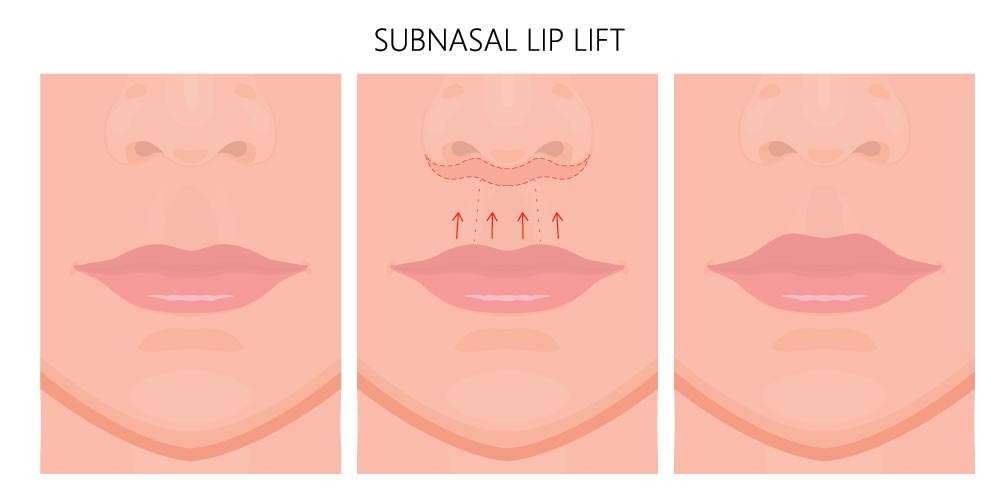 When we smile, our lips elevate to reveal the top row of our teeth. If the lip elevates too much, the gums are revealed and people are said to have a “gummy smile.” This can often be corrected with injections of neuromodulators like Botox. If the lip doesn’t elevate enough, however, our teeth are not revealed at all, also resulting in an unnatural smile. This often happens with age as our upper lip begins to elongate and the lip becomes thinner. Fortunately, this can be corrected by performing a “lip lift” surgery. In this procedure a small amount of the upper lip tissue removed from just beneath the nose. By removing a small strip of tissue from this region, the scar is concealed and the lip is shortened and rotated outwards. The scar is often treated with laser in the weeks after surgery to help maximize healing. The result is a natural smile and a restored upper lift appearance.